Original article link: click here
English translated by Ekaterina! Many Many Thanks!!!

Ribbons, balls, clubs, and hoops surrender to them, and by the time they have turned 20 years old and even having left the carpet, which became their Olympus, these young ladies cherish emotions of incredible victories.

Gymnasts Evgenia Kanaeva and Ulyana Donskova have come to Krasnoyarsk as honorary guests of RG championship “Spring Cup”. On a Sunday, Catalog personally met with Evgenia and Ulyana.  Having gracefully passed between the tables of the restaurant (they could not have done it differently, since they represent, in all probability, the most feminine of the sports), with disarming smiles on their faces, the ladies gave a light tone to the conversation from the very beginning.

Would you agree that you are role models for younger girls doing gymnastics?

Evgenia Kanaeva: You should ask them! (Smiling.)

Ulyana Donskova: Yes, I remember it on my own example! When I was training in my home town, Russian championships were taking place in Rostov, and leading gymnasts were supposed to compete, including Zhenya (Ulyana is two years younger than Evgenia Kanaeva. – Note by Catalog.)  It is very close to my home town, so my parents and I decided to go. But our car died on the way – and we did not get anywhere, and I was terribly upset! I cried because I did not get to see my idols.

According to Ulyana, RG is a truly gracious sport, which is why she would recommend parents, who are still deliberating whether or not to sign their daughters up for RG, to do it without hesitation  – because it is so good for the development of the girls.

Is it possible to spot future RG stars among those who do not get on the pedestal in junior competitions?

Evgenia Kanaeva: I believe, in RG, there is no such notion as “being in the shadow”. There are girls who enter the sports with incredible physical abilities but do not achieve further results. Sometimes, it is just the opposite, when hardworking girls come into the sport: they do not necessarily have innate abilities but they are stubbornly molding this beauty and grace, which allows them to win at championships. Ulyana, for example, came into RG all beautiful and molded herself beautifully!

Evgenia, in one of the interviews, Irina Viner  mentioned that you had molded yourself.

Evgenia Kanaeva: I don’t think so, though I am truly pleased and flattered to hear that. In reality, my coaches have molded me: Vera Steilbaums, Elena Arais and many other people, who have helped me become who and what I am. When I came into the sport, of all useful qualities, I only had flexibility, but it is not enough for victories. They worked with me, helped me master range, jumps and so on. All that required long and hard work. For this reason, it would not be right to say that I’ve molded myself. Yes, I worked hard. But who does not?

Remembering her performance in 2006, Evgenia confesses that during her first serious performance, she was in fact very nervous, but her positive mental orientation and exclusive focus on the routine helped. And then –  a combination of her character, strong will, patience, obedience, and, of course, coaches and team. According to the athlete, it is exactly when all these are present, one becomes an Olympic champion.

In your time, you trained in Olympic village – Novogorsk. Can you say that training along with RG stars of the time had given you strength and confidence?

Evegenya Kanaeva: I have trained in many locations. It all started with my hometown Omsk, then Olympic village, then the school. At the same time, when they took me to Novogorsk, many people ended up there as well, including Kabaeva and Donskova. The things is that everyone who shows good results end up among stars, it is logical.

First open RG championship took place in Krasnoyarsk’s Sport Palace in the name of Ivan Rigin, March 29-31. Athletes, 10 to 19 years of age, from various parts of Krasnoyarsk Region of Siberia and Far East, performed in individual and group competitions. Attendance by the Olympic champions Evgenia Kanaeva, Ulyana Donskova, Tatiana Gorbunova and a coach of the Russian junior national team – Ekaterina Shumilova, as well as performance by the Russian RG junior national team decorated the tournament. 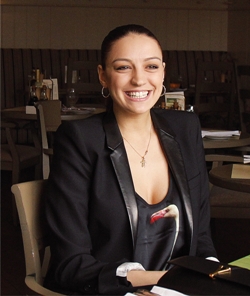 Evgenia Kanaeva
Two-time Olympic champion in 2008 and 2012. First in the RG history two-time Olympic individual all-around champion, third in RG history three-time world all-around champion, multi-world and European champion in separate apparatus competitions. Honorary Master of Sports of Russia. Evgenia became the first champion to be the only on the top of the pedestal three years in a row. She is the first among gymnasts to win gold in all apparatuses and the only one in history to have won 17 gold medals in world championships.

By the way, according to Evgenia Kanaeva, Spring Cup is not just a beautiful event. The successful gymnast believes in the high level of our gymnasts and is convinced that such tournaments present a great opportunity for beginning gymnasts to learn from the members of the Russian national team.

When you meet with beginning athletes, do you give professional advice?

Evgenia Kanaeva: Of course, always! We strive to give them moral support and help if there are difficulties. It is completely natural to explain and support; in our time, older girls did the same for us. As for recommendations to young gymnasts, Evgenia sincerely recommends to love what they do and not to get upset if you don’t win.

If it were not RG, what would you have been doing?

Evgenia Kanaeva: There is no such thing as “if it were”. But I have always wanted to become an artist, and still dream about that. I want to learn to draw!

At this point, the conversation turns into a lively discussion with jokes about business-plans for the future, with reserved smiles by Evgenia Kanaeva and cheerful laughter by Ulyana Donskova. And the conversations turns to topics most appropriate for a glossy magazine.

Are there any special superstitions before a performance?

Ulyana Donskova: I think, everyone has different ones. At group competitions, for example, we have been very superstitious. In a year before the Olympics, we had accumulated so many superstitions… To enter the field of play only with the right foot first. Drink some water – necessarily following the order, in which the glasses had been placed and God forbid, somebody should break the order! You know, I even had the same scrunchy for the entire Olympic cycle, i.e. for four years! By the way, I should find it. (Laughing.)

What about apparatuses, are there any favorites?

Ulyana Donskova: You should equally love all the apparatuses, otherwise they will get mad at each other.

Our gymnasts awe the competitors not only with their skill, but also with the beauty of the leotards. Do you still have some of your leotards left from after the performances?

Evgenia Kanaeva: I have two leotards from Beijing performances. (note by Zoe Wan: Zhenya’s Mom told me in Montpellier 2011, they gave Zhenya the Moscow night ribbon pink leotard after OG Beijing in 2008, then the other one I think is her purple hoop leo, I have never seen others wearing it in competitions except Zhenya!)

Have you ever wanted to move abroad?

Evgenia Kanaeva: I absolutely love to travel. But I am certain I would not be able to live anywhere outside Russia. There was a situation when I had to make a decision but for me, my home is where my family is.

Ulyana Donskova: And I think, something like that is going to happen to me in the future. Why leave?  To discover something new and interesting. But in the nearest future, it is not going to happen for sure. Maybe sometime in 10 years. (Laughing.)

What is in the plans for the nearest future?

Together: We are living one day at a time!

We would like to thank “Spring Cup” Organizing committee, Krasnoyarsk Region RG Federation and Natalia Agakhanova personally for assistance with organization of the interview.