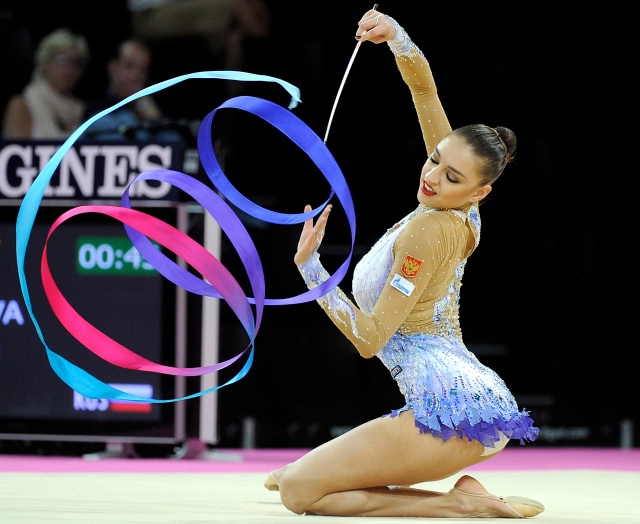 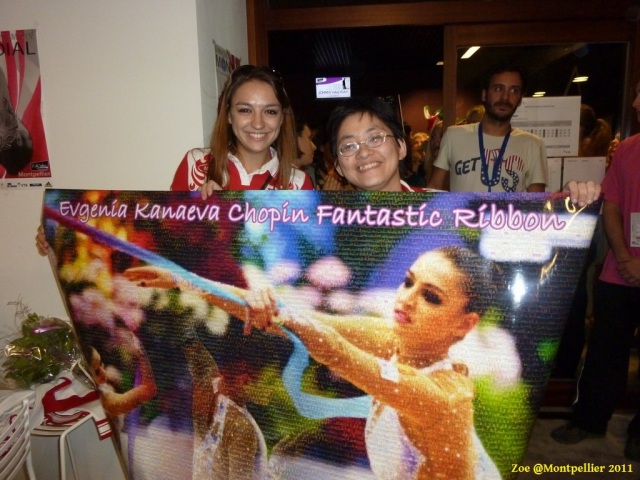 When I walked out of the media room with Svetlana, Tom passed by us, then I introduced Tom for Svetlana. I said those thousands amazing HQ photos that I gave you all were taken by Tom. Svetlana said thanks to Tom, and Tom replied so you had all the HQ photos with laugh. When we went out of the building, I try to find the hotel name card to ask the security to call taxi for me but couldn’t find it anywhere. I was anxiously Svetlana asked me anything else she can help? I said I can’t find the hotel name card. Suddenly Svetlana gave me a name card, I thought she found it on the ground at the first…She said I kept it, I suddenly realized that card was I gave to her when we met on the 1st night, I gave her the card just to show her where I live. I didn’t know Svetlana kept it all these days!!! I was in a big surprised, with big shocked and with great moved, I was overwhelming by emotion. Svetlana is sooo good hearted person, I am so so happy I can know such a good person like Svetlana!!! ❤ ❤ ❤ The security called taxi for me, and then we walked together to the waiting area, then Svetlana asked me, so are you happy, Zoe? You are famous now. I said the happiest thing for me is Zhenya won the title. Svetlana smile when she heard me said so. I truly thank Zhenya and Svetlana, thank to these two wonderful persons they gave me this honor, I will never forget this wonderful night. When I returned to my hotel, at first I saw Israel photographer Don Wikingi posted the photo, me, Zhenya and the mosaic poster in his fb. Then Russian photographer Oleg Naumov also uploaded the photos to the RUS RG federation website. Oleg even took a photo that Zhenya was signing on my mosaic poster. It’s so wonderful (L) (L) (L) 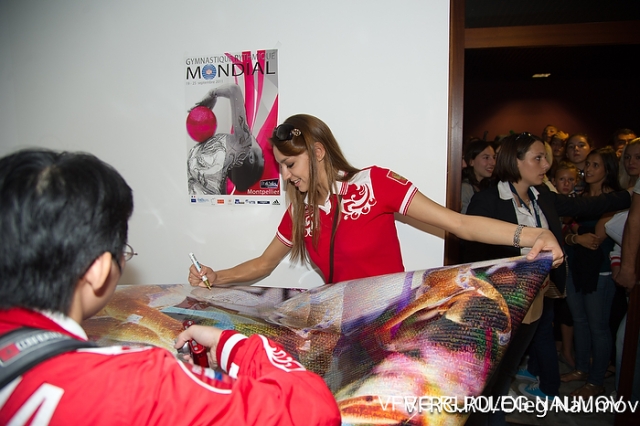 This entry was posted in Impression, WCH Montpellier 2011, Zhenya. Bookmark the permalink.