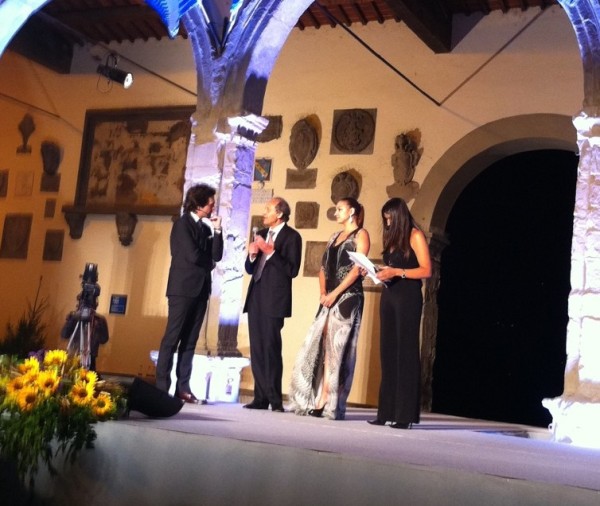 Original article posted on 7th August 2013
http://olympicuniversity.ru/web/ru/news/-/view-content/69821
English translated by Ekaterina, Many Many Thanks!!!

The President of XVII International “Fair Play” Award – Angelo Morelli greeted the athletes who, in their sporting careers, followed ethical norms and rejected the notion of victory by any means necessary.

In the nomination “Sport and Life”, the winner was the only two-time RG AA Olympic champion – Evgenia Kanaeva. Receiving the award, the Vice-President of RRGF noted that such an award is a high sign appreciation for an athlete, who put their hearts and souls into their professional activity.

In the nomination “Life for Sport”, the award was given to the Olympic fencing champion – Pavel Kolobkov.  In his speech, Deputy Minister of Sport In Russia, emphasized that the call for fair play is clear for every person. In his opinion,  a clear call for reaching sport ideals, including merciless war against doping, has been sent to the world from Castiglione Fiorentino.

The rector of Russian International Olympic University – Lev Belousov attended the ceremony as a guest. Answering questions from the hosts of the ceremony, he told the audience about the University and Master’s program in Sports Administration, which is the major educational product of the RIOU.

Will ask my friend to translate Irina Viner’s interview

This entry was posted in News, Translation. Bookmark the permalink.